Whether you’re looking for a heartwarming true story of loyalty and companionship or a simply-can’t-put-it-down novel that’ll inspire you to hold your froggy friends a little closer, you’ll find it in this list of 5 absolute must-reads for frog lovers! 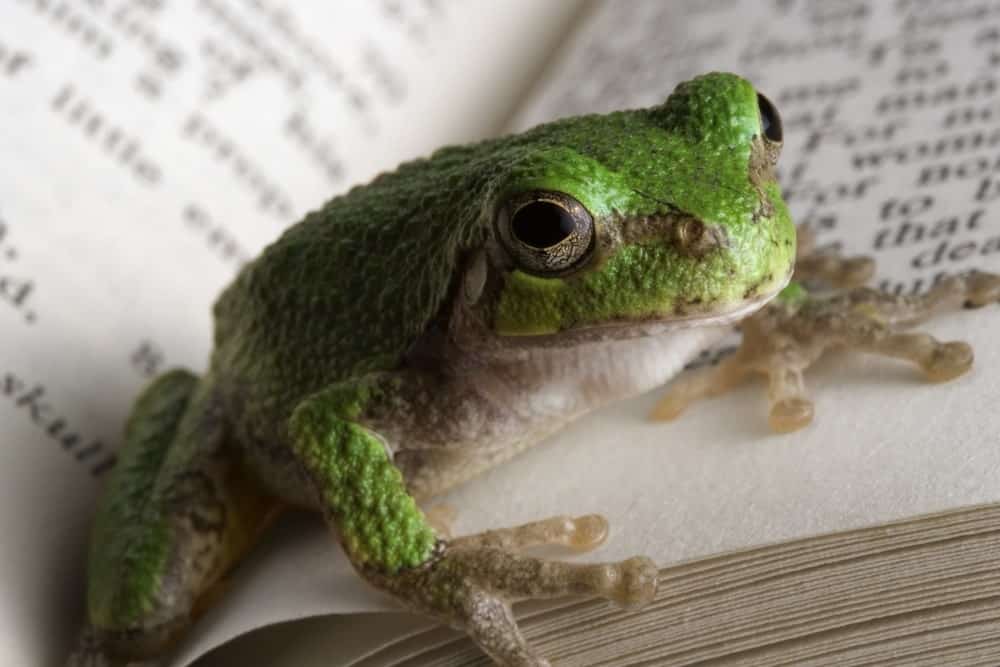 1. Before You Leap: A Frog’s Eye View of Life’s Greatest Lessons 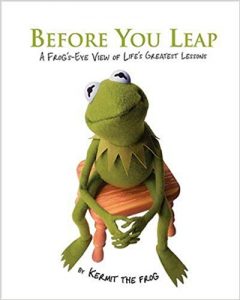 For the first time ever, Kermit the Frog, the world’s most famous amphibian shares his own story in a funny, heartfelt book about his life and yours. After telling the tale of his remarkable career, and about all the amazing people (like Jim Henson) and pigs (like you-know-who) he’s met along the way, Kermit shares his advice on many of life’s milestones:

Before You Leap: A Frog’s Eye View of Life’s Greatest Lessons. A Perfect Gift for Graduates, Retirees, Parents, Pigs, Bears, Penguins and anyone else still looking for their very own rainbow connection.

2. The Book of Frogs: A Life-Size Guide to Six Hundred Species from around the World 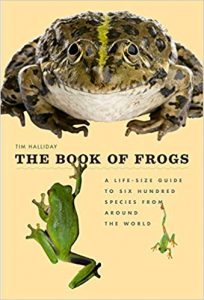 With over 7,000 known species, frogs display a stunning array of forms and behaviors. A single gram of the toxin produced by the skin of the Golden Poison Frog can kill 100,000 people. Male Darwin’s Frogs carry their tadpoles in their vocal sacs for sixty days before coughing them out into the world. The Wood Frogs of North America freeze every winter, reanimating in the spring from the glucose and urea that prevent cell collapse.

The Book of Frogs commemorates the diversity and magnificence of all of these creatures, and many more. As frogs increasingly make headlines for their troubling worldwide decline, the importance of these fascinating creatures to their ecosystems remains underappreciated. The Book of Frogs brings readers face to face with six hundred astonishingly unique and irreplaceable species that display a diverse array of adaptations to habitats that are under threat of destruction throughout the world.

3. Life According to Og the Frog 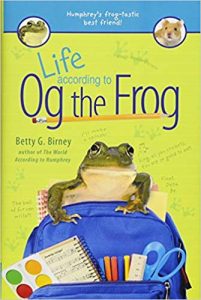 When Og the Frog first comes to Room 26, he doesn’t know what to think. He misses his friends from the pond, there are all kinds of strange noises, and the water is his tank just might be too clean (you know, a little muck never hurt anyone). But the furry, squeaky fellow living next to him is endlessly entertaining, the kids sure are friendly, and–BING, BANG, BOING!–they put big fat crickets right into his tank.

All of this gives Og lots of ideas for one of his favorite passtimes–making up poems and songs. But he gets stumped when talk turns to sending him back to the pond. Will he have to say good-bye to Tabitha whose whole life just changed like his? Or Mandy who just started seeing the bright side of things with his help? And Humphrey, who he’s finally beginning to figure out?

Packed with behind-the-scenes stories—from a day in the writers’ room at The Onion to why a sketch does or doesn’t make it onto Saturday Night Live to how the BBC nearly erased the entire first season of Monty Python’s Flying Circus—Poking a Dead Frog is a must-read for comedy buffs, writers and pop culture junkies alike.

5. There Was An Old Lady Who Swallowed A Frog! 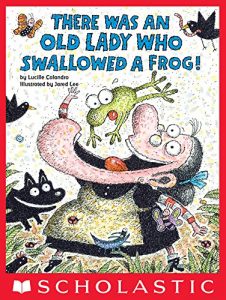 Spring is in the air, and everyone’s favorite old lady is ready to celebrate!

That zany old lady is back–and with a serious case of spring fever! This time she’s swallowing items to make the most of the season…with a beautiful garden!

With rhyming text and funny illustrations, this lively version of the classic song will appeal to young readers with every turn of the page–a wacky story for the first day of spring!