Car anxiety in dogs is a common problem among owners.

The good news is that car anxiety in dogs can be managed and mitigated.

With a lot of patience and training, it’s even possible to completely eliminate it!

Read on to learn more.

Dealing with Car Anxiety in Dogs 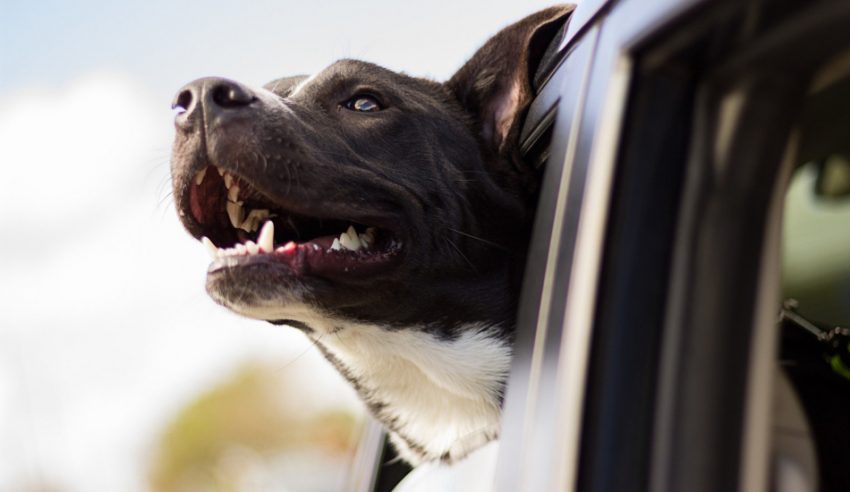 While most people think of a wagging tail, lolling tongue, and a happy face in the wind when they think of dogs in cars, too many owners know the other side of the coin.

Their dogs are terrified of the car. When they approach the car, their dog shakes, whines, and tries to get away from the large, scary object with wheels.

It’s a common problem among dog owners, especially those who tend to be homebodies.

As I said above, though, it IS possible to help manage your dog’s fear of the car. In some cases, you may even be help to help them love going for rides!

Let’s first look at the causes, then we’ll talk solutions.

Causes of Car Anxiety in Dogs 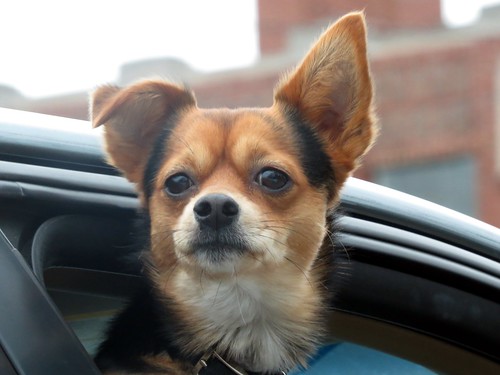 Before you can overcome your dog’s car anxiety, you have to identify it. Dogs can suffer from anxiety when riding in a car for several different reasons.

Unlike what many owners think, the sound of the engine isn’t generally what scares them. The engine is just a signal that scariness is about to happen.

Let’s take a look at what causes dogs to fear a car ride.

Dogs can experience car sickness just like people can. The quickly passing terrain can lead a dog to become dizzy and nauseated just as it can in people.

Of course, your dog doesn’t like this feeling, and he quickly learns that getting in a car leads to this uncomfortable feeling. This, of course, creates a fear response in your dog.

Closely related to car sickness are the strange sensations of actually riding in a car.

The motion of the car, lack of a stable feeling, unfamiliar smells, the vibration of the floor, and the cars and scenery whizzing by can all combine to create a scenario in which your dog is on sensory overload.

This can cause an overwhelming fear response in some dogs.

The reason dogs are so readily trainable is because they excel at making connections between stimuli and outcomes.

When your dog sits, he gets a treat. When you pick up his favorite toy, it’s time to play.

If your dog only rides in the car when it’s time to go to the vet, he’ll make the connection quickly.

In much the same way, a shelter dog may have only known cars to be a source of fear of pain such as being driven to a pound or being abandoned on the side of the road.

Some shelter dogs are also transported great distances when they are rescued from inhumane situations, so anything on wheels becomes a source of dread and fear for them. 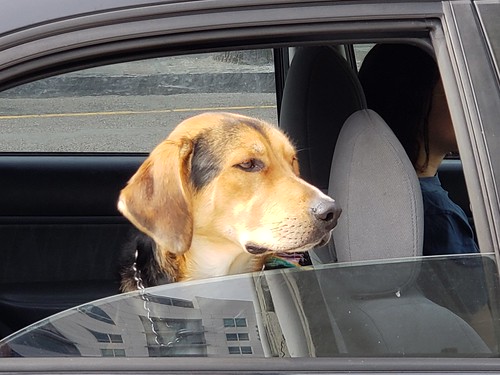 There are two methods to overcoming car anxiety in dogs – training and medication.

Training is usually the first option, but depending on the severity of your dog’s car anxiety, you may find that medications or a combination of training and medications are the best approaches.

It’s a very subjective, case by case, process, and there is no right answer.

Desensitization training uses repetition and positive reinforcement to slowly turn the big scary car into a source of good things to come.

For a dog with mild anxiety, it could take as little as a handful of sessions. For more severe cases, it could take several weeks. Patience and lots of love are the keys here.

Getting Him to the Car

Begin by making your dog want to come to the car. Don’t ever drag or force him.

For most dogs, the first reaction to the sight of something they fear is to throw on the brakes.

You’ll want to have tons of his favorite treats on hand to use as bait. Using high-value treats, begin to entice him towards the car, giving him a treat every time he edges closer to the vehicle.

Praise him liberally with lots of affection as well. If he reaches a point where he will not go further, don’t force the issue.

Rather, put the training aside until the next day, beginning the process all over again until your dog makes it all the way to the car.

Getting Him into the Car

Now that your dog will approach the car, it’s time to get him into the car. Begin by opening every door so your dog won’t feel trapped.

You can also put his favorite toys in the car as well as putting his favorite blanket or bed on the seat. Make it as friendly and familiar as possible.

Once your dog is actually in the car, it’s time to start the engine. You won’t be going anywhere, however.

Overcoming car anxiety in dogs is a long process, and takes several steps.

Once your dog is willing to hop in the car and hang out while the engine runs, it’s time to go for a drive. Have plenty of treats on hand, and keep the drive short.

You won’t want to go further than around the block if that.

For some dogs, all the training in the world can’t adequately overcome their car anxiety.

This is especially true for dogs who have had bad experiences in or with cars such as abuse, rescue transport or being hit by a car.

Medications can be used in tandem with training to produce the best outcome possible.

For many dogs with severe anxiety, though,  it’s often most kind to speak to the vet about a sedative for any needed car rides.

Some dogs require only mild sedation, while others will need medication that puts them completely out.

Your vet will review your dog’s medical history, breed, and size to determine what sort of sedative will work best and most safely for him.

Car Anxiety in Dogs Can be Managed

Whether your dog only requires a little training and TLC or medications, car anxiety in dogs can be managed.

In many cases, patience, treats, and praise can turn a fearful dog into one who’s eager to go for a ride.

However, some dogs are simply too fearful to ever be anything other than afraid of the family vehicle.

It’s a matter of knowing your pet, taking the time to understand his limitations and motivations, and speaking with your vet. If you do those things, car anxiety in dogs can be effectively managed.

Do you have a dog with car anxiety? How did you help him overcome it? Share below.

You have Successfully Subscribed!