Two Florida deputies came to the rescue, smashing a window to rescue a distressed frog trapped inside a sweltering hot parked car. 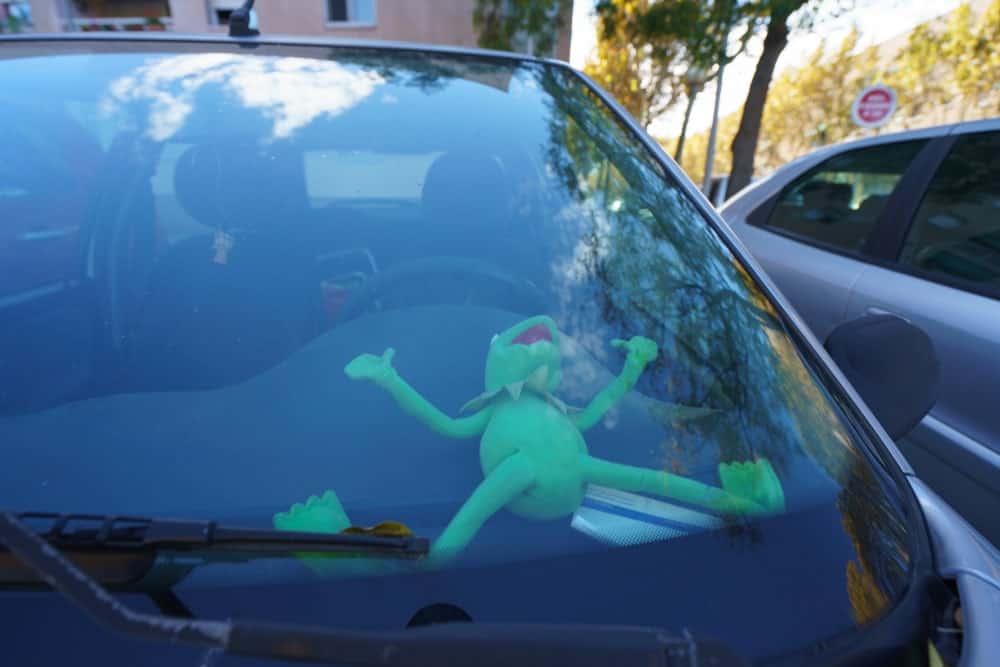 The outside temperature was 92-degrees when Escambia County Deputy Lily and Deputy Trainee Waters responded to a call about a frog locked in a hot car on March 12, around 1:00 in the afternoon.

Unable to locate the car’s owner, the heroic deputies smashed a window to rescue the frog who had now begun breathing heavily and ribbeting in distress.

According to a local news channel, Deputy Lily broke the driver’s side window to rescue the amphibian. Waters gave the frog water and placed her in a cool patrol car until animal control arrived and took over.

The driver and owner of the frog was arrested and charged with animal cruelty. Police say the frog is recovering and will be just fine.

Under Florida law passed in 2016, good Samaritans are protected against legal action by a car’s owner if they smash a window or break into a hot vehicle to rescue a person or animal in distress as long as those breaking into a vehicle call 911 immediately after saving the person or animal and remain with the vehicle until first responders arrive.

The temperature inside a parked car on a warm day, even with the windows slightly open, can reach 160 degrees or above, causing potential brain damage, heatstroke, and death—all in a matter of minutes. As we approach summer, and on any warm day, leave your frogs safe at home.