In order to understand why dogs do the things they do, you’ll first need to understand how he “sees” the world around him using his five unique senses: smell, hearing, sight, touch, and taste. 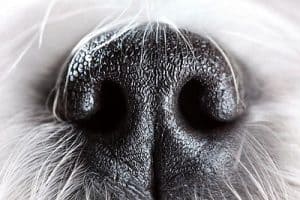 Depending on the breed, a dog’s sense of smell can be 10,000 to 100,000 times stronger than that of a human. And, they don’t just smell things stronger than we do, they smell them in an entirely different way – and it’s absolutely fascinating! Where a human might enter a home and smell a pot roast in the oven, a dog would enter that same home and individually identify every ingredient. They would smell the roast separately and distinctly from the potatoes, carrots, and onions. They’d smell the garlic separately from the pepper. They’d even smell the pot it’s cooking in!

It makes perfect sense, then, that your dog seems fascinated (read: obsessed) with sniffing everything during your daily walks. While it might appear that he’s just sniffing a patch of grass, no different than any other patch, he’s gathering all sorts of information about who or what was there before. Luckily, as pet parents, we can use our dog’s incredible olfactories to assist in training, in fun scent games, and to build their confidence! Dogs absolutely love games that let them use their noses. And, because they’re so naturally good at them, it’s a confidence booster when they succeed.

Stimulate your dog’s sense of smell with treat puzzles, by hiding treats or toys around the house or yard and letting him find them, or by enrolling him in the sport of canine nose work. 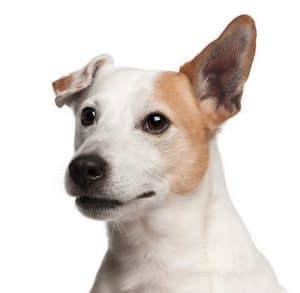 A dog’s sense of hearing is far more acute than that of a human. Like their sense of smell, dogs’ sense of hearing is far more fine tuned than ours. Not only do they hear much louder and more clearly than we do, they’re able to discern subtle differences in sound that humans could never hear. They also hear sounds in completely different frequencies than humans do, which is why they can hear dog whistles, but we can’t. In fact, If everyone in your entire city drove the exact same car, your dog would still know whether or not it was you pulling into the driveway.

Their incredible sense of hearing is, in large part, due to the unique shape and structure of their ears, which rotate and move independently of one another. That’s why caring for your dog’s ears is so important. Your dog’s ears should be inspected regularly for redness or irritation, dirt or debris, waxy buildup, or any other abnormalities. They should always be kept clean and dry, especially dogs with floppy or long, droopy ears that are prone to infection. 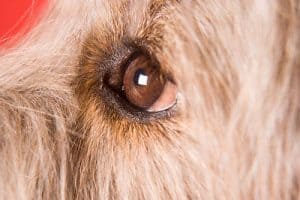 While many believe that dogs have poor eyesight, especially compared to humans, the truth is that they just see differently, in a way that’s appropriate for their species. Dogs are especially adept at seeing at dawn or dusk and see much better in the dark than humans. But, a dog’s sense of sight has evolved in such a way that makes them see movement as opposed to clear objects. Unlike humans who see in full color, a dog is only able to see the world around them in shades of blue, yellow, and gray.

Have you ever noticed that your dog will easily lose a tossed ball in the grass, even if it appears that they’re looking right at it? To make it easier for your dog to see his toys, choose those with highly contrasting colors or a toy that glows, lights up, or moves. Or, find a toy that takes your dog’s more developed senses into consideration, like scented dog toy that he’ll be able to smell, or a toy that makes noise. 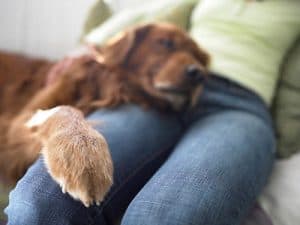 A dog’s sense of touch is the very first sense to develop and, for the first few weeks of their life, the one they rely on and learn the most from. Your dog’s sense of touch is involves both him touching other objects and also how he is touched. A dog’s entire body is covered in touch-sensitive nerve endings that “feel” the world around him, the wind blowing or a fly landing on his back, for example. And, dog’s have touch-sensitive hairs called vibrissae – better known as their whiskers – on their muzzle and above their eyes.

Dogs continually use their sense of touch to communicate with other dogs and with you. Physical affection, petting, scratching, and massage are all positive and important ways to communicate to your dog through touch. Another great way to show affection through touch that your dog will absolutely love (and he’ll benefit from, too) is brushing! Using a massaging dog brush, gently stroke your dog’s body, activating those nerve-endings, loosening hair, and giving his coat a great shine. 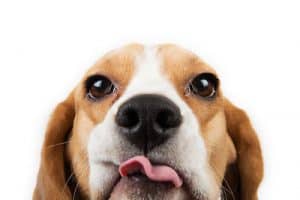 The way dogs scarf down their food, they must have an amazing sense of taste, right? Well, not exactly. Dogs actually have far fewer taste buds than humans and don’t have a well-developed sense of taste. When your dog is eating, a unique olfactory organ inside his mouth actually allows him to “taste” the air around the food, not the food itself, before it’s gulped down.

Because dogs don’t eat food for the taste, and will often chew and swallow anything that remotely resembles something edible, it’s important to carefully monitor your dog and watch what he puts into his mouth. Many of the foods your dog will gladly scarf down can be deadly if swallowed. Many popular plants are toxic, even if only licked (See this guide to 199 Potentially Deadly Poisonous Plants).